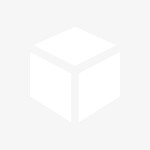 ABV 14%
Cloudy Bay Te Koko is a complex and savoury wine that is both deliciously aromatic and richly textured. Aromas of lychee and honeysuckle intermingle with the scent of thyme and a hint of smoky oak. Released as a matured wine, Te Koko is a full-bodied, alternative style of sauvignon blanc.

Current Tasting Notes
Our 2009 Te Koko impresses with a fragrant nose of toasted nuts, fresh thyme, lemon curd and nectarines. Hints of exotic florals and smokey notes intrique. The palate is mouthfilling with ample ripe tropical fruit and lemon sorbet, rounded by mealy complexity. Bright acid gives lift to the rich, lingering finish.
Vineyard Notes
The grapes for this wine were sourced from two of our sauvignon blanc blocks, located within the Rapaura and Renwick sub-regions. The soils are predominantly free draining gravels requiring irrigation during the growing season. The grapes were grown on a vertically shoot positioned (VSP) trellis.
Production Notes
Overall the summer was a little cooler and wetter than usual for Marlborough. Flowering was damp and cool for early sites so fruit set was variable around the region. January was very warm and dry while February and early March were punctuated by significant rainfall events that placed Botrytis pressure on a few blocks. Cool temperatures and dry weather throughout the rest of March and April allowed ripening and harvest to progress smoothly with all sites harvested within a month. Batches of fruit from five vineyards were picked according to flavour profile between April 4th and April 23rd, averaging 22.7-24.1 Brix. The average pH and titratable acid were 3.19 and 9.49 g/L respectively.
Winemaker Notes
Our grapes were harvested in the cool of night to preserve fruit flavour and loaded immediately into our presses. After settling the juice for a period of two to three days, the juice was racked directly to French oak barrel (less than 10% of which were new) and allowed to undergo a slow wild or “natural” fermentation. The primary fermentation, which took until December (8 months) to complete in some batches, was followed by a spontaneous malolactic fermentation. The wine was left in barrel on yeast lees until October 2010, when it was racked and lightly fined for clarity. The wine was bottled mid November. Final analysis shows the wine to have a pH of 3.3, 6.1 g/L titratable acidity, 3.2 g/L residual sugar and an alcohol of 14%.